Tungsten oxide is a very classic low-dimensional transition metal oxide material, which is attracted by its special physical and chemical properties (such as electrochromism, photochromism, catalytic activity, superconductivity and large load capacity, etc.) A large number of materials, semiconductor devices, and physics and chemistry researchers are paying attention. However, there is no report on white tungsten oxide and its preparation method. 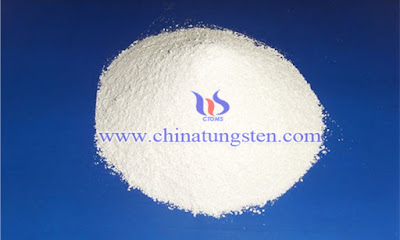 A method of producing white W18O49, there are the following steps:

This method uses tungsten hexachloride and n-butanol as reactants. The color of the reaction product W18O49 can be adjusted by controlling the amount of sodium nitrate added. When the mass ratio of sodium nitrate and tungsten hexachloride is more than 3:2, white 118049 can be obtained. . The advantage is that by adding sodium nitrate to the system to modify the surface of the tungsten oxide, white tungsten oxide is obtained, which is obviously different from the W18O49 obtained by the general solvothermal method in appearance and color; and the production is simple and easy.

At present, 50 to 60% of the world's tungsten is used for the manufacture of tungsten carbide. Among them, rock drills in mining tools, ...