Electrochemical oxidation preparing nanoporous tungsten oxide electrode:
1) Treating method for tungsten foil: Firstly cut it into 10mm x 15mm pieces, using waterproof abrasive to polish it, then clean it with acetone, isopropanol, methyl alcohol and deionized water ultrasound cleaning for 15min, blow it with nitrogen gas.
2) Use tungsten foil as anode, Pt foil of 10 x 15mm as counter electrode, put them into electrobath, the distance between two electrodes is 25mm. Then put electrobath in water bath of constant temperature, adjust the bath temperature to control the reaction temperature. The reacting area is 0.88cm2. Adding a certain amount of ready-prepared 1mol/L（NH4）2SO4 solution electrolyte with different concentration of NH4F.
3) Clean the ready-prepared WO3 nanoporous thin film with deionized water, blow-dry with nitrogen gas in the air and put them in muffle furnace, the heating rate is 5℃/min, cool it down to room temperature, then packed it to nanoporous tungsten oxide electrode by epoxy. 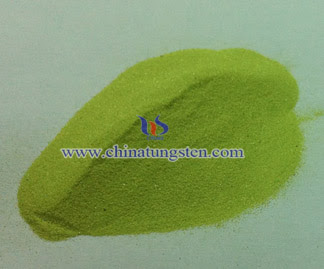 To promote the photoelectrochemical property, we usually take the following methods:
(1) Loading precious simple metal substance such as Pt, Ag, Au. Lay WO3 over FTO with Ag grid, the testing photocurrent density is two times than the one without Ag.
(2) Doping certain amount of metal ion or non-metal ion in tungsten oxide. Doping Ta5+ in WO3 photo electrode, the experiment shows that photoelectric conversion rate of doping electrode is much higher.
(3) Recombine WO3 with other inorganic semiconductor material, use impregnation method to prepare CuO/WO3 composite material. It turns out that CuO/WO3 shows better photo catalytic ethylal.
(4) Recombine WO3 with organic material. Prepare PBrT/WO3 and PMOT/WO3 composite material. After testing it shows that the composite one has better electrochemical property. Preparation method:
(1) Use Pt electrode as counter electrode, the saturated calomel electrode as reference electrode, cleaned indium tin oxide electric glass as working electrode. The electro deposition is carried out under room temperature, the applied voltage is -0.6V, deposition time is 1 hour, then blue amorphous form of WO3-x·nH2O thin film is obtained.
(2) After dry in the air, put the thin film in muffle furnace, annealing for 3 hours under 450℃, the heating rate is 2℃·min-1, then we can get tungsten oxide thin film electrode.
(3) Use electro deposition-impregnation method to modify WO3 electrode with Zn. Impregnate thin film in Zn(NO3)2 solution. After dry it in the air, annealing the WO3 thin film contained with Zn in muffle furnace under the same condition with step(2). Finally we can get Zn modified tungsten oxide thin film electrode. In an e-mail interview with IEEE Spectrum, Shahrjerdi explained that the resulting tungsten disulfide provided a large energy bandgap (2.0 electron volts). Its charge carriers also had a small effective mass: the smaller the effective mass the higher the carrier mobility. “The carrier mobility of our film is 2-3 times better than the best reports in the literature,” said Shahrjerdi.

But there’s a catch: it’s tricky to develop a process that will lead to large-area synthesis of device quality TMDs. Now researchers at New York University’s (NYU) Tandon School of Engineering may have taken a big step toward closing down this issue with a new manufacturing process for tungsten disulfide that resulted in highest quality ever reported for the material.

In research described in Applied Physics Letters, the scientists made some variations on the process known as chemical vapor deposition (CVD). In CVD, gaseous reactants are introduced into a furnace to form a film on a metal substrate that’s usually made of copper. The material then “grows” on the substrate. To spur that growth in tungsten disulfide, salt molecules are added to act as seed layer. Unfortunately, these seed layers lead to impurities in the final material.
So the NYU team developed a seedless growth process.

“We made some subtle and yet critical changes to improve the design of the reactor and the growth process itself, and we were thrilled to discover that we could produce the highest quality monolayer tungsten disulfide reported in the literature,” said Davood Shahrjerdi, in a press release. “It’s a critical step toward enabling the kind of research necessary for developing next-generation transistors, wearable electronics, and even flexible biomedical devices.”

The material also exhibited strong spin-orbit coupling, an interaction between a particle’s spin and its motion that is important for making spin-based devices, or spintronics.

The NYU team fabricated transistors from the materials and used them for measuring the carrier mobility. In future, the researchers are looking to build flexible electronics.

“Previously, we have demonstrated high-performance flexible electronics based on nanoscale silicon integrated circuits and high-efficiency III-V solar cells on plastic substrates,” said Shahrjerdi. “The atomic layer thickness of these  flexible 2D circuits will have wider applications.”

Even in today’s digital age, the world still relies on paper and ink, most of which ends up in landfills or recycling centers. To reduce this waste, scientists have now developed a low-cost, environmentally friendly way to create printed materials with rewritable paper, which is made out of tungsten oxide and a common polymer used in medicines and food.

The U.S. has been working to reduce paper waste by increasing recycling efforts for years. According to the Environmental Protection Agency, more paper is now recovered for recycling than almost all other materials combined. This saves energy, water, landfill space and greenhouse gas emissions. But even more waste could be avoided if consumers could reuse paper many times before recycling or trashing it. So far, however, such products under development often are made with toxic, expensive organic dyes. The researchers created a film by mixing low-toxicity tungsten oxide with polyvinyl pyrrolidone. To "print" on it, they exposed the material to ultraviolet light for 30 seconds or more, and it changed from white to a deep blue. To make pictures or words, a stencil can be used so that only the exposed parts turn blue. To erase them, the material can simply sit in ambient conditions for a day or two. To speed up the erasing, the researchers added heat to make the color disappear in 30 minutes. Alternatively, adding a small amount of polyacrylonitrile to the material can make designs last for up to 10 days. Testing showed the material could be printed on and erased 40 times before the quality started to decline. The structure of the thin-film model electrodes was characterized by scanning electron microscopy and X-ray photoelectron spectroscopy prior to the electrochemical investigations. The impact of Nafion in the electrode structure was examined by comparing samples with and without Nafion solution sprayed onto the electrode. Fuel cell measurements showed an increased amount of hydrogen tungsten bronzes formed for increasing tungsten oxide thicknesses and that Pt affected the intercalation/deintercalation process, but not the total amount of bronzes. The oxidation of pre-adsorbed CO was shifted to lower potentials for tungsten oxide containing electrodes, suggesting that Pt-Tungsten oxide is a more CO-tolerant catalyst than Pt. For the HOR, Pt on thicker films of tungsten oxide showed an increased limiting current, most likely originating from the increased electrochemically active surface area due to proton conductivity and hydrogen permeability in the tungsten oxide film.

From measurements in liquid electrolyte it was seen that the system behaved very differently compared to the fuel cell measurements. This exemplifies the large differences between the liquid electrolyte and fuel cell systems. The thin-film model electrodes are shown to be a very useful tool to study the effects of introducing new materials in the PEFC catalysts. The fact that a variety of different measurements can be performed with the same electrode structure is a particular strength. There is an experiment done by the scientists. The objective is to improve electrocatalyst and membrane electrode assembly (MEA) durability and activity through the use of Pt/tungsten oxide and Pt/HPA-C (heteropoly acid) modifications to approach automotive proton exchange membrane PEM fuel cell cathodes activity targets (0.44 mA/mg Pt) and durability targets (5,000 h/10 y).

Our target is to synthesize alternative supports such as tungsten oxide and HPA-functionalized carbon blacks and to evaluate them for improved corrosion resistance while maintaining or improving activity in comparison to conventional Pt/C supports. Studies are first being conducted in rotating disk electrode (RDE) setups due to the small quantity of materials synthesized and will be followed by testing in fuel cells.

Pt/ tungsten oxide was scaled up to gram quantities using the ALD technique and evaluated for activity in RDE setups. 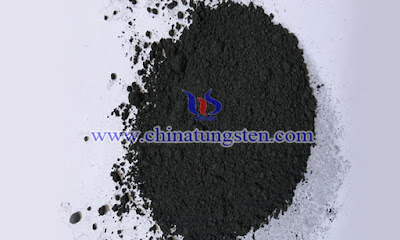